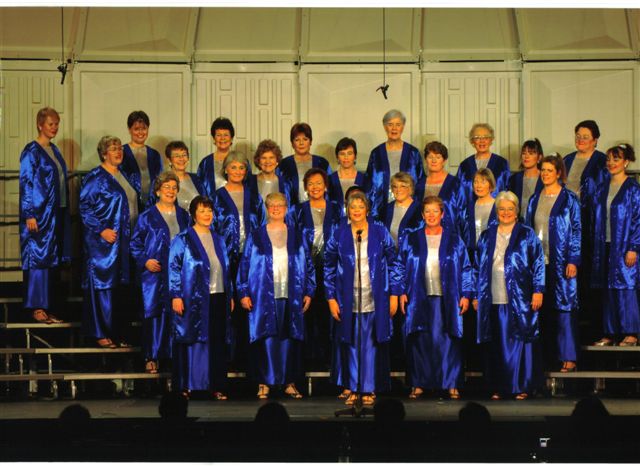 History of the Cardinal Bourne Hall

The Cardinal Bourne Hall opens it’s doors every Monday and Tuesday morning from 10.15am until 11.45am throughout the year, where volunteers led by Josie McIssac, provide free coffee and sandwiches for the needy of Colchester, this is a meeting point for homeless people, the year ends with a Christmas party including entertainment, all guests leave with Christmas cards and presents provided by volunteers.
Contact No. 01206-870929

This event takes place every Monday afternoon from 2 - 4pm where senior citizens take to the dance floor and enjoy sequenced dancing to recorded music anyone can take part for a modest entrance fee to dance the afternoon away and make new friends. Dance Music and a happy atmosphere are provided by Malcolm Brazier and his wife both expert dancers in their own right.

On Monday evenings from 7.30 - 10pm the hall hosts this barbershop choir which is well known for it’s major charity raising events across the region, the choir also travels to Harrogate Yorkshire to perform in an annual national competition and have regularly ‘swept the board’ in various classes.

This thirty strong all female choir are committed to entertaining as broad a cross section as possible, they take great pleasure in entertaining for the handicapped and elderly audiences and are always interested to hear from new members.

This group meets every Tuesday lunchtime from 12.30 - 1.30pm throughout the year and consists of a fellowship of men and women, who share their experience strength and hope with each other that they may solve their common problem and help others to recover from alcoholism.

The hall is also used to meet the requirements of the parish with:-

On twelve occasions per year a licensed bar is in operation to support various functions.

Management of the Hall changed in September 2010.

For bookings please email Pam Edwards or leave a voice message for Pam on 07758-805263. Supply the following details for costing purposes: your name, address and post code, the date you wish to hire the hall, with a description of usage together with starting  and finishing times.

If there are any special requirements such as live music or a licensed bar please mention these at the time of booking. (also see licensing information below).

On receipt of this information a costing will be provided verbally and confirmed to you by post with an ‘Acknowledgment of Booking’ document.

Payment may be made by cash or cheque made out to the ‘Cardinal Bourne Hall’ we do not accept credit cards and payment must be made prior to or on the day of the booking.

Under the terms of the Licensing act of 2003 (section s18) the CB Hall holds a ‘Premises License’ to play recorded music, live music and dancing and in association with Colchester Borough Council has the facility of a ‘Temporary Event Notice’ system to operate a licensed bar.

Under the terms of the ‘Copyright, Designs and Patents Act 1988’ The Cardinal Bourne hall holds a ‘Performing Rights Society’ (PRS) License, this body represents the copyright owners ie the composers and music publishers of all music played in the UK.

This organisation owns the copyright of 99.9% of all music on a worldwide basis, this means that in the case of music played to the general public within the premises, then the producer of the music ie Disc Jockey, Live Bands, or recorded music on tape or CD are required by law to obtain a PPL License.

There are certain exemptions which result in most cases not needing to obtain a license, but due to the complexities of the law, it is advisable to consult the hall manager.

It is the responsibility of the hall management to ensure that all music played within the premises is supported by a PPL License. Where a third party is involved, it is essential that the prospective hirer of the hall is made aware of the situation and makes appropriate enquiries to the third party before booking.

History of the Cardinal Bourne Hall

On the 17th June 1902 Dean Angelo Lucas, the then rector of the Catholic Mission at Colchester, died. His successor was Father John Bloomfield, who came to Colchester from Hertford, Essex..

Essex was (until 1917 when the Diocese of Brentwood was established) part of the Archdiocese of Westminster. Father Bloomfield took up his predecessor’s plans to extend the Church of St James the less, Priory Street (the Catholic Church of Colchester), and indeed decided to make this project a memorial to Lucas.

Dean Lucas had left a legacy of Ł2000, augmented by a further Ł780 raised by appeal to enlarge the Church and to build a hall.

Between 1904 and 1910 Father Bloomfield completed several building projects. The first, the extension and refurbishment of the Church, was completed in 1904, on 28th June of that year Archbishop Bourne who had succeeded Cardinal Vaughan as Archbishop of Westminster in 1903, came to Colchester to reopen the Church for public worship.

Father Bloomfield was also appointed Acting Chaplain to the Armed Forces at Colchester in 1904, taking responsibility for the Catholic soldiers and their families.

He had a particular concern for the welfare of soldiers and also the young men of the parish and wanted somewhere for them to meet.

The architects of the Cardinal Bourne Institute as it was known then, were Canon Alexander Joseph Cory Scoles (1844 -1920), who was parish priest of Basingstoke from 1901-1920, and Geoffrey Raymond (1881-1972) his junior partner and from 1920 successor in architectural practice. The architectural practice was known as Scoles & Raymond, and the builders were Messrs H. Everett of Colchester, Essex.

It was known as the Cardinal Bourne Institute because Archbishop Bourne was then Archbishop of Westminster (he was created Cardinal in 1911), and because Father Bloomfield was a personal friend.

As students for the priesthood they had been companions at the Seminary of St. Sulpice, Paris, and were both ordained in 1884, Bourne for the Diocese of Southwark and Bloomfield for the Archdiocese of Westminster.

In fact, the present Bishop of Brentwood (Bishop Thomas McMahon, who was a curate at Colchester from 1959 to 1964) was also a student at the same seminary, although much later of course (in the1950’s). Father Bloomfield named the hall after his friend, Francis Alphonsus Cardinal Bourne who officially opened the hall in 1911.

The hall served as a meeting place for parish groups. During the First World War (1914-1918)  Father Bloomfield, opened up the Bourne Institute to soldiers of all religious denominations for use as a club, which included billiards and a reading room. This use of the hall continued until May 1920, when the building reverted to parish use.

In 1918 Father Bloomfield was named a Canon of the new Diocese of Brentwood. He died on 7th January 1932 and is buried in Colchester cemetery. He left a generous legacy to the parish, which enabled all the debts of the School, the Church and the Hall to be paid off.

In the 1930’s a Catholic library for children was operated in the hall in addition to the many activities held there. During the second world war (1939-1945) the Bourne Institute was again called into service as a servicemen’s club, under the auspices of the Knights of St. Columba (a Catholic laymen’s organisation) - which still meet regularly in the hall today.

There was some slight damage to the hall by enemy action in 1941, Further repairs were undertaken in 1957. Substantial external repairs were made to the hall in 1967, including the gable ends at the entrance which were toppling over and were dangerous.

In 1939 the Catholic Elementary School began to use the hall for P.E. and other activities and, after the opening of St Thomas More Primary School in 1954 the hall was in due course used as an overflow classroom and a lunch canteen until the early 1970’s.

Today, the hall now referred to as the ‘Cardinal Bourne Hall‘, is widely used by the parish and other communities and is financially self supporting. An internal refurbishment programme is in place to contribute to the future ongoing success of the premises.

With special thanks to Father Stewart Foster - Diocese of Brentwood, for his kind contribution to this information.